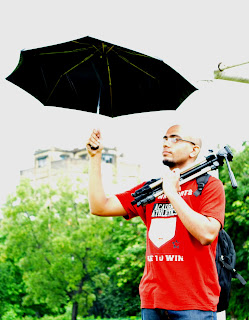 Voyeurism is the act of of viewing the activities of other people unbeknown to them. So the act of looking acquires an illicit connotation. In the movies, the audience is positioned to be 'the voyeur'. It is through this positioning that we derive pleasure, also known as scopophilia. Cinema is, thus, a medium that enables us to have the pleasure of being a voyeur without the burdening feeling that one feels while peeping onto others' lives.
The role of the voyeur can be extended to that of the camera taking the scene, or the director indirectly. Thus, we can define a director or screenwriter as the ultimate voyeur who creates a legal opportunity for anyone and everyone to magically experience the pleasures of voyeurism.

As a struggling filmmaker, the act of viewing, noticing, observing, etc. fascinates me the most. It is through this fascination that I, unknowingly, derive most of my story concepts. So, in all the short films that we have worked on, this idea of observing someone else's life, unconsciously merges in.

In 'Last 7 days of Your Life' (2010), the protagonist is filmed throughout the length of the movie by his director friend, Danny. It is only at the end of the short film that the protagonist comes to know the reason behind the filming of his daily activities. The whole plot was designed in such a way so that the audience also feels the same jolt that the protagonist feels. The protagonist views the incomplete edit of the film that Danny had compiled and asks, "Theses are only the 6 days, what about the 7th day?". To that Danny replies, "Today is 'your' 7th day" and leaves the rest of the story upto the protagonist. So throughout the length of the film, Danny plays the role of the voyeur to his own advantage and so does the audience watching the movie but the film was treated in such a way that towards the end, when the truth is revealed, the audience takes sides with the protagonist for his heroic decision. What fascinated me about the story was the irony that the director, 'the ultimate voyeur' was himself under observance of his audience. 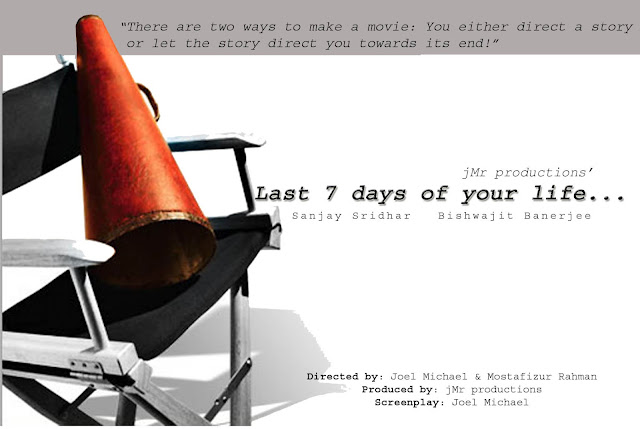